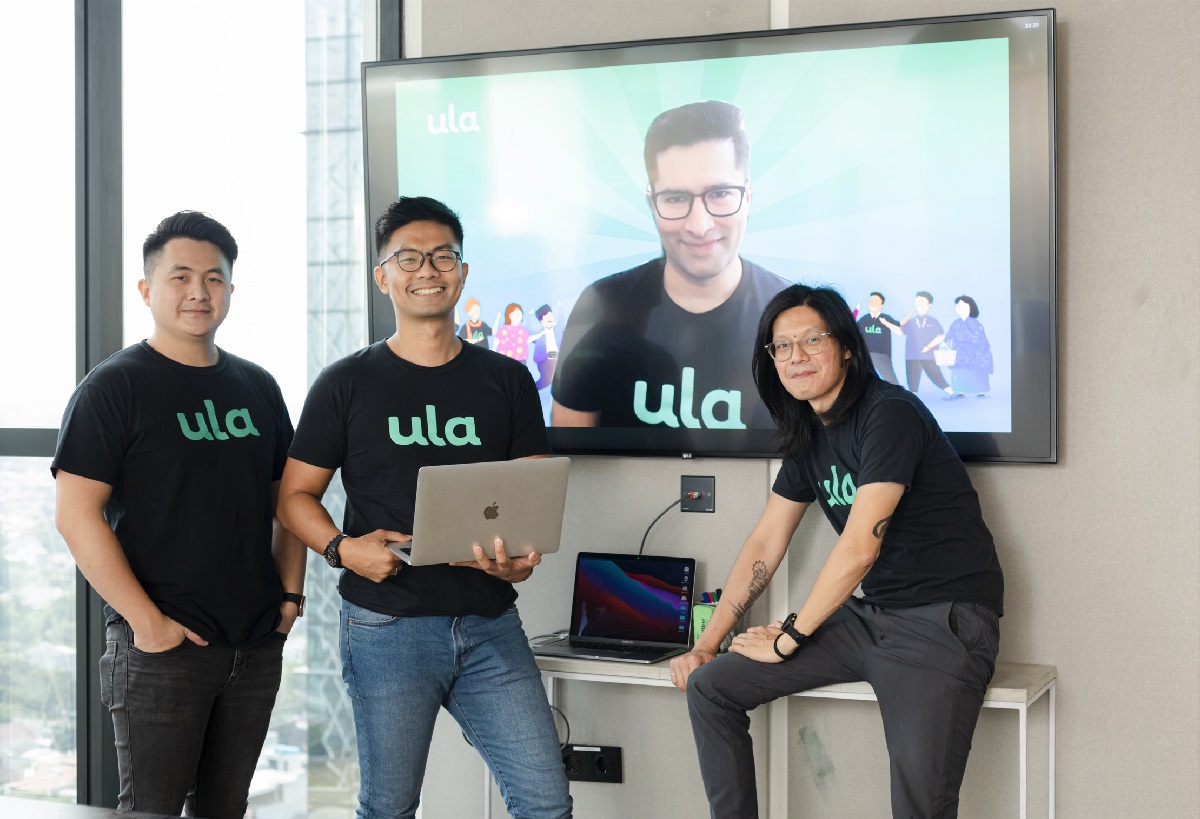 Ula, a leading B2B eCommerce marketplace in Indonesia, has raised US$87 million in a Series B funding round co-led by Prosus Ventures, Tencent, and B-Capital.

The trio are joined by Amazon founder Jeff Bezos’s Bezos Expeditions and leading Southeast Asian funds Northstar group, AC Ventures, and Citius. Existing investors Lightspeed India, Sequoia Capital India, Quona Capital, and Alter Global participated in the round. The company has also brought in Pandu Sjahrir, a seasoned investor and entrepreneur, as an advisor to Ula.

In the technology-enabled world, the local mom-and-pop store is no longer “just a store” but rather a gateway to consumption in their neighborhoods.

However, low profitability, limited assortment, and little working capital leave them unable to fully cater to their customers’ needs and realize their growth potential.

“We launched in 2020, with a single-minded mission to empower small, neighborhood retailers with technology to increase their income. We take a long-term approach to solve the underlying problems of traditional retailers by investing in technology, supply chain, and data-enabled credit offering,” said Nipun Mehra, CEO and Co-Founder at Ula.

“Ula’s new investors come with global expertise and share this long-term mindset of the company. We are grateful to them for believing in Ula’s mission and hope to learn from their experience re-imagining retail in other emerging markets,” he added.

Patrick Walujo, Co-Founder and Managing Partner of Northstar, said “we have known Nipun and his team from before they started Ula, and we have been closely tracking Ula’s growth. Over our decades of investing in Southeast Asia, we have witnessed that companies with powerful social missions are often the ones that grow the fastest. We see parallels with Ula’s business of empowering Indonesia’s small neighborhood retailers with technology, and we are looking forward to supporting Ula as its scales throughout Indonesia.”

The latest fundraise, which comes just eight months after its Series A round in January, will be used to invest in growing Ula’s presence across Indonesia and exploring international expansion across SEA, adding new categories, expanding the Buy-Now-Pay-Later (BNPL) offering, as well as building new technology and a local supply chain and logistics infrastructure.

Thanks to Ula’s ever-expanding base of retailers, the company is now able to leverage its relationships and market knowledge to offer a Pay-Later option, which alone is expected to be a US$150 billion market in Indonesia. With many store owners being limited by their access to traditional banking services and relying on daily cash flow income, providing the option to pay for their supplies later can prove to be a game-changer.

The latest round of funding comes amidst Indonesia’s worst-ever Covid-19 spike. It strengthens Ula’s commitment to supporting underserved, traditional retailers, especially those in Tier 2 to Tier 4 cities where access to resources and logistical infrastructure is challenging. During this difficult period, many business owners have successfully used Ula’s technology and solutions to keep their businesses running and their people safe.

“Cracking the complexities of Indonesia’s supply chain is a very exciting and impactful journey. As a company built on community, we cannot underestimate the importance of offering reliable services to our customers, especially one that makes a real difference to their livelihoods. Our team will continue to strive to bring the benefits of technology to millions of traditional retailers, especially in non-metropolitan areas,” said Ricky Tenggara, Co-Founder and Chief Operating Officer at Ula.

Adrian Li, Founder and Managing Partner AC Ventures, added, “Ula’s mission to empower Indonesia’s 63M MSMEs with digital technologies targets one of the largest opportunities in Southeast Asia. Contributing over 60% of Indonesia’s GDP, MSMEs are the engine of the country’s economy, and Ula’s products enable greater efficiencies in procurement, operations and ultimately open up access to much-needed credit to expand MSMEs’ business scale.”

In just twenty months since launch amid Covid, Ula has grown 230x, currently offering over 6,000 products and serving more than 70,000 traditional retail stores on its platform. With teams spread across three countries, it is one of the fastest-growing startups of its kind in the region.

Ula’s previous funding includes a US$10.5 million seed round in June 2020 and an additional US$20 million Series A round in January 2021.