Dima Djani on why sharia fintech is for everyone 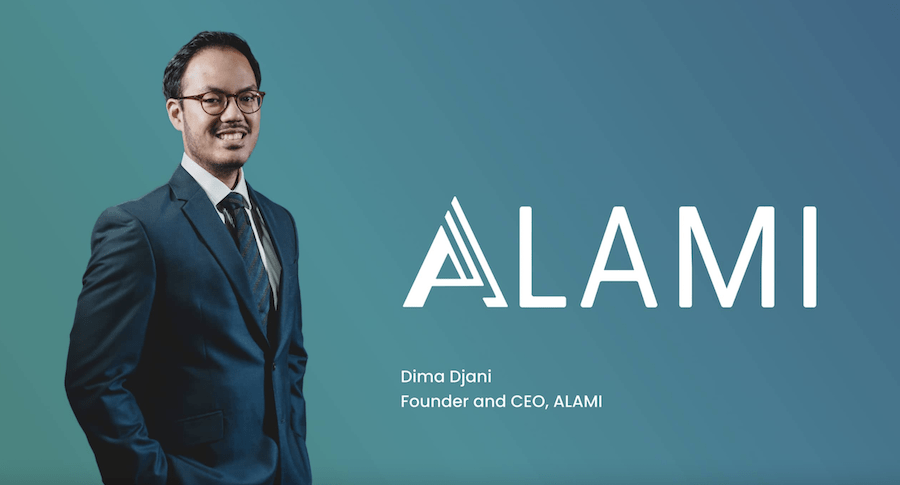 With investor sentiment pivoting toward a more sustainable way of operating in Asia Pacific, especially in a post-pandemic world, it is safe to say that tomorrow is bright for ESG-focused investors.

In the thick of it is Dima Djani, co-founder and CEO of ALAMI, one of the world’s leading sharia-compliant SME lending platforms. Dima believes that in today’s evolving business climate, sharia finance is for everyone.

Sharia, Dima said, is simply a system based on a set of ethics and principles from Islam. Interestingly, he emphasized that many ALAMI customers are actually non-Muslims.

Launched in 2019, ALAMI has gone beyond peer-to-peer (P2P) lending, having already acquired and transformed a rural bank in Indonesia. Meanwhile, the startup has dispersed over US$200 million to more than 10,000 MSME projects, with a 0% default rate.

On a recent episode of Indonesia Digital Deconstructed hosted by Michael Soerijadji of AC Ventures, Dima discussed the scope of sharia financing in Indonesia, and how it may help shape a world that’s already moving quickly toward ESG best practices and sustainability.

Using tech to bring sharia finance to everyone

The transcript below has been condensed and edited for focus and clarity.

Michael: What does sharia mean and how is it different from traditional banking?

Dima: I guess what I want to say first is that sharia finance is not meant exclusively for Muslims. It is a principle-based finance system that promotes transparency and encourages each transaction to be structured in a way where no interest is involved. Instead, buy-and-sell or profit-sharing schemes are encouraged. To make an analogy, it’s basically like Impossible Burger – not only for vegans – everyone can enjoy plant-based meat.

Michael: Tell us more about the market for sharia products in Indonesia.

Dima: Sharia principles are very similar to ESG best practices. Because it’s all about ethical protection for both lender and borrower, the market for sharia becomes broad. It includes non-Muslims leaning toward responsible financing and, of course, the Islamic communities as well.

Michael: How has your background helped you build ALAMI?

Dima: As an investment banker, starting this P2P lending platform came quite naturally as the next step for me. But it was my exposure to Islamic principles at the early school level that was the main factor for my inclination toward Islamic finance. Plus, being in Indonesia, it made sense to tap into such a bustling market.

Michael: What makes ALAMI stand out?

Dima: As a disruptor in the industry, we aim to strengthen our branding and unique positioning. This helps build trust not only in how we conduct the finances but also shows that we are really committed to upholding sharia principles. From that trust comes a segment where we are not necessarily yielding the highest returns for our funders, but we are getting high-quality SME borrowers and these funders are happy with what they are getting. We are also able to keep the cost of financing low.

Michael: What are some of the emerging trends in the sharia scene globally and how do they compare to the Indonesian market?

Dima: Globally, the Islamic finance industry is worth US$2 trillion but I believe that this data is highly underrepresented because the global Islamic population is around 1.8 billion people. Indonesia is home to the biggest Islamic population in the world, with 230 million Muslims living here. But the size of the Islamic banking industry is only about US$30 billion. This is hardly 6% to 7% of the nation’s total banking assets.

However, this is a good problem to have because when we look at other markets like Malaysia or Saudi Arabia, the penetration rate is much higher at 30% and 50% respectively. Our GDP growth is much higher than these two countries but the penetration of Islamic banking is still relatively low. The encouraging news is that we can see awareness in the market steadily increasing. This puts us in an ideal position to tap into the rising popularity of living a halal lifestyle in Indonesia.