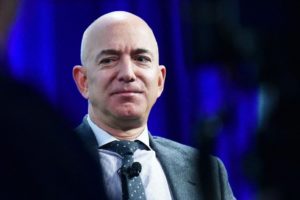 Through his family office, Bezos Expeditions, the world’s second-richest man took part in a US$87 million Series B funding round led by Prosus Ventures, Tencent and B-Capital for the Jakarta-based e-commerce company, just eight months after it had raised US$20 million in a Series A round.

The size of Bezos’ investment in Ula was not disclosed, but he is not the only billionaire eyeing a slice of Indonesia’s US$44 billion digital economy.

Hong Kong business magnate Li Ka-shing’s private investment firm, Horizons Ventures, said in May that it would pivot its focus from North America, Europe, and Israel to Southeast Asia – and Indonesia in particular – after witnessing the rapid pace of digitalization in the region amid the Covid-19 pandemic.

Last year, an estimated 40 million people in Southeast Asia went online for the first time, bringing the total number of internet users in the region to some 400 million – out of a population of more than 600 million – according to a joint study by Google, Temasek and Bain & Co.

Musk, the CEO and co-founder of carmaker Tesla among other ventures, has also been linked to new investments in the region, with an Indonesian official claiming in February that Tesla had submitted a proposal to build a new facility in the country. 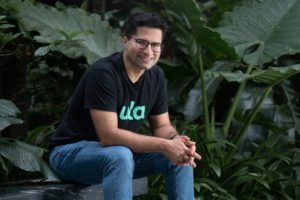 Amazon, the US e-commerce giant that Bezos founded, maintains only a limited presence in Southeast Asia at present, with Singapore the only country in the region to have a localized online store.

Its cloud computing arm Amazon Web Services has a new data center expected to be operational in Jakarta by early next year to complement those it already operates in Singapore.

In 2019, Amazon was reportedly interested in buying a stake in the Indonesian super app Gojek but ultimately lost out in its bid to investments from Facebook and PayPal.

Ula – whose co-founders Alan Wong and Nipun Mehra started their careers at Amazon – operates as a business-to-business logistics marketplace for Indonesian family-run kiosks or warung, and other small retailers, with some 70,000 family-run stores served so far.

“For us, having someone as inspiring, innovative and customer-focused as Jeff Bezos believes in Ula’s approach is electrifying yet humbling,” Ula CEO Mehra said. “Alan and I were cut from the same Amazon cloth, and most of the leadership principles still drive the way we work.” 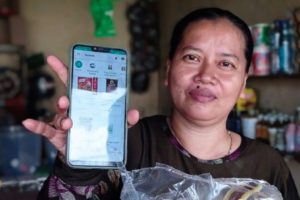 The latter became Indonesia’s latest tech unicorn – a company with a value of at least US$1 billion – earlier this week after it raised US$153 million from investors including Beijing-based DST Global, Horizon Ventures, Alpha JWC, and billionaire Masayoshi Son’s SoftBank Ventures Asia.

“In the past, we felt more innovation, opportunities, and founders with science and technology background in the US, Europe, and Israel, but now we are seeing Indonesia and broader Southeast Asia really going through a very critical juncture,” Frances Kang, a director at Horizons Ventures, told Bloomberg in May. She said the firm would deploy more capital and had set up a team to look for opportunities in the region.

One of the two billionaires’ publicly-listed SPACs, Bridgetown Holdings, had planned to merge with Indonesia’s Traveloka, an online booking platform with an estimated valuation of US$3 billion before the nine-year-old company reportedly abandoned the idea.

The flurry of interest in Indonesia’s tech sector will help boost the country’s appeal as a prime Asian investment destination alongside the likes of China and India, said Adrian Li, managing partner at Jakarta-based AC Ventures, which also took part in Ula’s latest funding round.

“Indonesia’s technology investment attractiveness has gained remarkable momentum in the last three years and is on the cusp of breaking out to levels seen in China and India historically,” Li said.

“While the last six months have seen a wave of global funds set up regional presence, we believe many more will follow suit in order to gain exposure to this opportunity.”

A recent listing by e-commerce company Bukalapak and a planned initial public offering for GoTo – the combined entity formed by Gojek’s merger with e-commerce firm Tokopedia – will also “prove to global investment institutions that Indonesia’s technology opportunity offers not only great valuation potential but also exit potential for the best businesses”, Li said.

Logistics, social commerce such as group buying, and financial technology – including digital banking and investment tech – are likely to be the next biggest source of growth in Indonesia’s tech sector, he predicted.

For Ula’s Mehra, traditional retail – encompassing micro, small, and medium enterprises such as warung – are one of the great untapped opportunities in Indonesia.

“Indonesia as a whole is a booming market and has been for a while, but it is only recently that investors outside of Asia are starting to realize that,” Mehra said.

“The market that we are operating in, traditional retail, is expected to be around US$250 billion and growing 8 per cent year on year. That alone tells you the magnitude of what is going on in the country.”