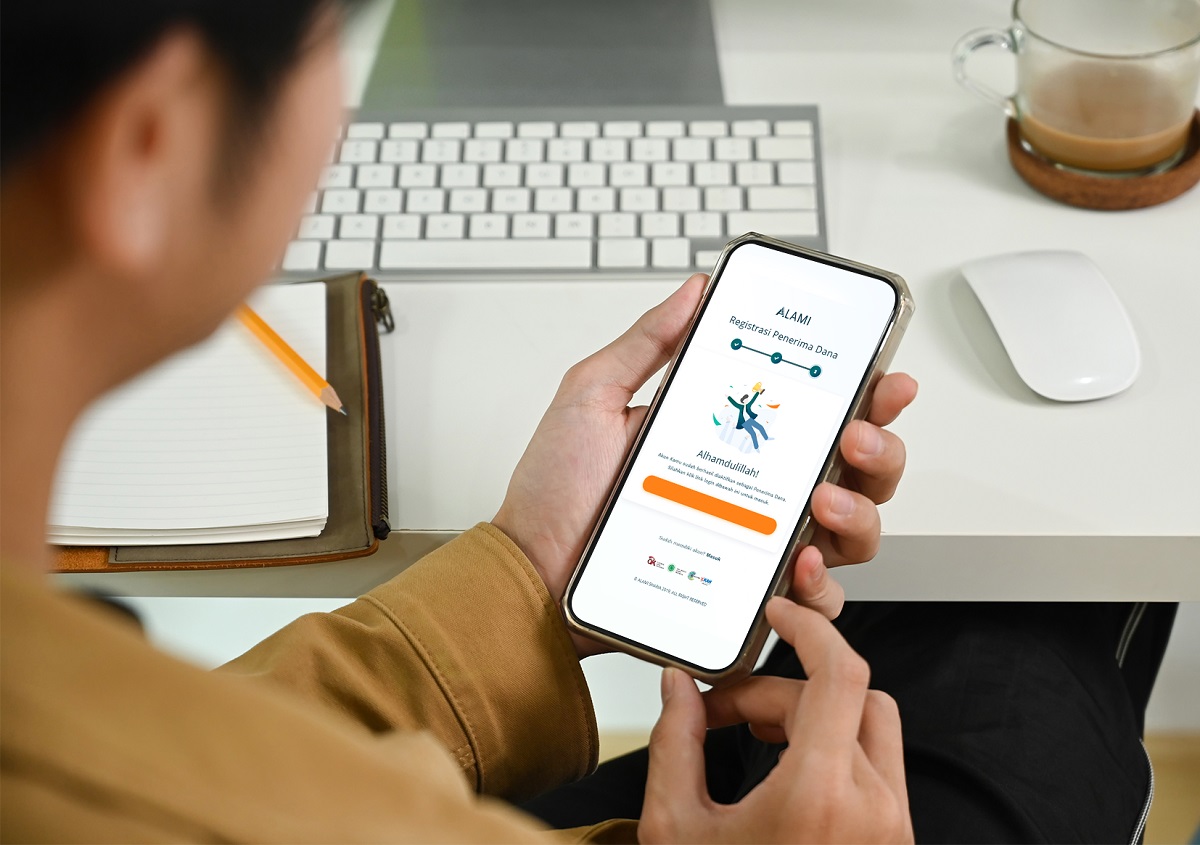 FinTech will continue to be one of the hottest sectors in Southeast Asia after investors pumped record amounts into the region’s FinTech firms last year, according to investors. Central banks in the region are also in the midst of opening up the highly-regulated financial sector in a bid to spur innovation to improve efficiency and serve the unbanked population.

Thailand is preparing rules for the setting up of virtual banks, getting ready to join peers including Singapore and Malaysia in promoting FinTech to spur competition and wider access to banking services, Bloomberg reported last month.

Digital payments and e-wallets transactions have skyrocketed over the past two years when the COVID-19 pandemic hit. More consumers and merchants are adopting digital payment in their daily lives.

“More than 70 percent of Southeast Asia population is underbanked or unbanked according to Bain & Co. Over the years, while there has been huge development and adoption in the payment space which was also accelerated by the Covid-19 pandemic, there is still much potential in the investment, lending, savings, and decentralized finance (DeFi) space today,” HomeCrowd Founder Dave Chew told TechNode Global.

“We focus on the mortgage lending space which is a traditionally ‘unsexy’ industry that has been long in need of disruption,” he said. “We decided to base and launch in Malaysia as it is an ideal ‘test bed’ for developing FinTech solutions and further scale into the Southeast Asia region. We see a huge untapped market in the rural area and villages in the country where there is a community that lacks access to traditional financial services compared to those living in the urban areas where the majority of the FinTech startups predominantly focused on.”

Chew said Islamic FinTech is also an interesting space. “Malaysia is the world leader in the traditional Islamic finance space thus there are also huge talents pools available. Some of them already reskilled themselves to join the FinTech space.”

Venture capital investments in Asia Pacific-based FinTechs surged to a record high of $15.69 billion in 2021, more than double the prior year’s figure of $5.87 billion, according to S&P Global Market Intelligence’s 2022 Asia-Pacific Fintech Market Report published recently.

Zooming into Southeast Asia, FinTech startups raised $5.83 billion in funding last year – out of at least $23.18 billion in equity funding and another $2.57 billion in debt financing raised, according to DealStreetAsia – DATA VANTAGE‘s SE Asia Deal Review: Q4 2021 report. One in every four dollars invested last year went to FinTech, driven by the rising adoption of e-payments and DeFi, according to the report.

“The pandemic has strengthened the case for FinTechs, and we believe that venture capitalists are likely to remain invested even as a market pullback clouds the outlook for IPO or blank-check exits,” Celeste Goh, Fintech Research Analyst at S&P Global Market Intelligence said in a statement earlier this month. “The uncertain market conditions ahead, however, may nudge investors toward mature FinTechs that have demonstrated financial discipline and B2B companies, which tend to have better unit economics than their consumer-facing counterparts.”

AC Ventures and Gobi Partners are among the VC firms which closely follow the development of the FinTech sector in the region, looking to tap into opportunities in the fast-growing industry supported by high smartphone penetration and faster internet connection.

According to AC Ventures, FinTech remains a sought-after sector in the region, drawing capital from well-known European and US FinTech-focused funds.

“We continue to see innovative business models as consumers are more accustomed to transacting from their phones. Concurrently, mobile phones present a high engagement platform and strong source of data to promote financial inclusion and literacy while unlocking access to commerce and financing,” the Jakarta-based VC firm Founder and Managing Partner Adrian Li told TechNode Global.

“Although the growth in the FinTech space has been ultra explosive in the past two to three years, technology has barely touched the surface in the Southeast Asia financial services industry if we compare it to the $8 trillion loans disbursed in Indonesia alone in 2021, based on data from Financial Services Authority of Indonesia (OJK). We continuously monitor the space closely and look forward to backing the best team and business model,” he said.

Li said AC Ventures has seen a wave of early wage access and open finance companies completing their initial funding rounds. “On the B2B side, insurance or employee wellness is an interesting model as the push to wellness and health had been amplified with the pandemic. In 2022, we identify several potentially exciting models from the more mature market. For instance, innovative credit scoring, mortgage FinTech, and teenage banking models are among our deal pipeline.”

FinTech is one of the top few sectors of investment for Gobi Partners, according to its Managing Partner Kay-Mok Ku.

“Notable companies we have invested in include Julo and Uangme (p2p lending app), which are focused on consumer credit in Indonesia, and Finnomena, which is focused on wealth management in Thailand,” he told TechNode Global.

Large, youthful consumer markets with low traditional banking penetration and more open regulation such as Indonesia and the Philippines are probably the most attractive markets, Ku said. “Consumer payment and a credit will likely constitute the most substantial part of the FinTech sector while more developed markets in the region will see an expansion of digital insurance and wealth management services,” he added.

“In Indonesia, we have seen multiple waves of technology disruption in the financial services industry, from simple functions such as payments and transfers pioneered by e-wallets and first-generation banks to bank transfer companies. Subsequently, more products and services are built upon peer-to-peer (P2P) payments as credit scoring is integrated between traditional banking and digital economy data, giving birth to the proliferation of P2P lending companies where we have a footprint at such as Koin Works, Akseleran, and Julo,” he said.

The market later identified further opportunities in facilitating more sophisticated investing activities such as online brokerage, investment, and cryptocurrencies, he said.“Concurrently, we also witnessed the rise of InsurTech players that complement existing digital marketplace services such as e-commerce, travel insurance, protection for gig economy riders and drivers, and many more. Essentially, one digital infrastructure paved the pathway for new business models to prevail on them.

As penetration grows, Li said new solutions can also be built on payment platforms themselves such as payment aggregators which now offer better user interfaces or integrations on top of payment gateways.

Within FinTech, there has been differentiation made in areas such as expense management or digital banking sector where companies are targeting different niches for instance corporate clients, pre-banked segments, shariah, among others.

The moves to target those untapped and underserved segments will continue to expand the industry’s total addressable market, like Bain, Google and Temasek’s report indicated a very positive outlook in FinTech in the region between 2021 and 2025. Within the timeframe, digital payment in the region is forecasted to grow to $1.7 trillion, digital loan book is expected to reach $116 billion, and FinTech investments asset under management is expected to reach $92 billion.

The financial sector is one of the most supervised and highly-regulated economic sectors. Regulators globally are becoming far more active in the FinTech space to understand the risks and concerns associated with this growing industry.

HomeCrowd’s Chew said regulation is the biggest challenge faced by his company, similar to other FinTech startups in Malaysia.

“[Previously] Regulators tend to regulate us [FinTech startups] like the traditional finance players. The engagement process with regulators is complicated as there are various authorities regulating respective spaces. Some are overlapping with each other,” he said. However, he noted the situation has improved as regulators said that they will look at the FinTech industry differently in a bid to promote more innovation and experimentation.

In Malaysia, the central bank Bank Negara Malaysia has launched The Regulatory Sandbox in October 2016, to provide a regulatory environment that is conducive to the deployment of FinTech and facilitates overall innovation in the Malaysian financial sector. The Regulatory Sandbox also seeks to encourage innovation and the delivery of financial services by granting regulatory flexibilities for FinTech solutions with a genuine value proposition to experiment in a production or live environment. It has received 106 applications to-date.

“We hope that our government and regulators would support FinTech startups better by regulating us progressively based on the stages of the companies (early to late-stage), not a one-size-fits-all kind of regulatory framework,” Chew suggested.

HomeCrowd, which is in the midst of raising $1 million for its seed round, aims to help underserved millennials using data-driven credit scoring that grants them access to a peer-to-peer (P2P) lending platform for a mortgage loan. The startup expects to secure a license within a month or two after meeting the additional paid-up capital requirement which is entailed in its in-principle approval from the Housing Ministry.

“The same challenge prevails for both traditional and tech companies. Nonetheless, some FinTech firms are built on the premise that they will bridge the gap and alleviate the structural problems by improving access, enriching data, and others,” he added.

Although the region provides growth opportunities for FinTech startups, regulations in different countries using different sets of laws could deter FinTech players to expand beyond their home markets.

Gobi’s Ku pointed out that different regulations across the markets make it difficult to build truly regional startups from scratch. “But this might change if mergers and acquisitions allow different local startups to be rolled up as a regional FinTech company,” he added.

Meanwhile, Li said that regional expansion is still a possibility as companies look to replicate their products beyond their home market.

He concurred with Ku’s view that regional expansion would be more difficult given the regulatory and compliance requirements for FinTech businesses.

“Xendit’s regional expansion has demonstrated that it is possible to achieve but we Indonesia- based FinTech businesses are fortunate to have the single largest Asean market to grow into without needing to consider regional expansion pre-maturely,” he quipped.