Accounting application for micro, small and medium enterprises (MSMEs) BukuWarung announced Tuesday that it has raised an undisclosed amount from pre-series A funding, bringing its total funding to date to an “eight-digit figure”. 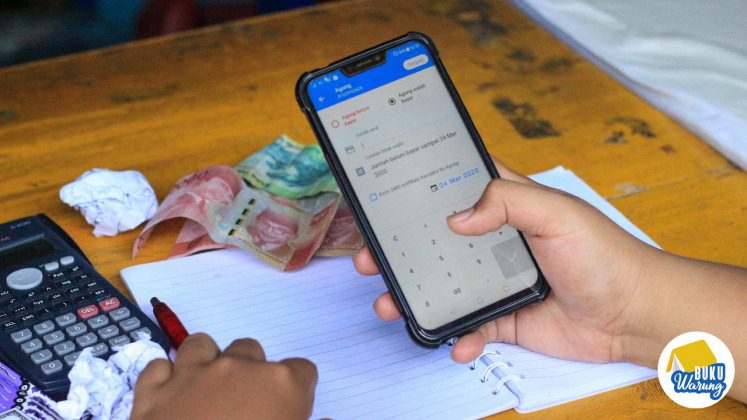 “Micro-businesses have always been underserved in Indonesia and have very little access to quality financial services. They have long relied on pen, paper and calculators to track cash and credit transactions,” BukuWarung’s cofounder Abhinay Peddisetty said in a media statement on Wednesday.

Small businesses, which make up around 60 percent of the country’s economy, are suffering from slumping sales due to the coronavirus outbreak that has pushed customers to stay home and has hurt demand.

The government aims to have 10 million micro, small and medium enterprises (MSMEs) go digital by the end of the year to help ease the financial impacts of the pandemic, Cooperatives and Small and Medium Enterprises Minister Teten Masduki said earlier this month.

BukuWarung claimed it has more than 600,000 SME clients across more than 750 cities, mostly in tier two and three cities in Indonesia, and aims to build digital infrastructure for 60 million MSMEs in the country.

He went on to say that by using BukuWarung, merchants could receive credit repayments three times faster, improve their cash flow through automated payment reminders and be able to save on average Rp 110,000 (US$7.63) in bookkeeping expenses.

“Our product is designed for merchants that may not have a lot of space on their devices or weak data connectivity,” said BukuWarung cofounder Chinmay Chauhan, adding that the company served more than 50 different categories of businesses, including mom and pop convenience stores, grocery stores and mobile top-ups, among other businesses.

“It’s never been more critical for businesses to migrate from manual tools to digital ones during this time, and BukuWarung not only allows underserved micro-businesses to focus on growth, but it also provides a platform to layer in additional services that benefit the businesses,” he said.

“MSMEs are the backbone of Indonesia’s hyperlocal economy and we really believe the next wave of innovative startups will come from digitizing this segment,” said East Venture managing partner Willson Cuaca.

BukuWarung received seed funding in April led by East Ventures as well as angel investment from Grab, Gojek, Xendit and PayPal, among other investors.

Other sectors such as edutech, e-groceries and P2P lending have also received investment despite the economic slowdown.